WINNING LIFE CHAPEL where "we are more than conquerers"...

My first Sunday in Ghana, and I woke up with the desire to be in church. I woke up, got dressed, and asked Razak where I should go. Being that he can be found in a mosque praying, rahter than a church praising, he recommended the Pastor that he knows from Radio Justice, who does a message on the radio Sunday mornings.

The idea was a good one. I enjoyed the praise and worship, though most of it was in Dagbani. In my mind, it was kind of remarkable for me to be there. After service, I stayed and went with a group of the congregation to visit some the prison and to bring prayers and supplies...that was quite a surprise. I actually was not legally allowed in there, but I was inside, and all I could think of is how much God is showing me that he would bring me there...(I also thought that it was interesting that they are celebrating the fifth anniversary of the churhc only a couple of weeks before the first time that I ever visited Africa (August 2001 - Dakar, Senegal).

While the Pastor was praying for the prisoners who were represented by the leaders of the various crews in the jail, I noticed that they were really moved by the spirit. They wanted to come to them with a message saying that, 'you are still a part of the community, we have not forgotten you, we still love you and are praying that all things turn to good in your lives'.

I also noticed a sign that had a few stats: 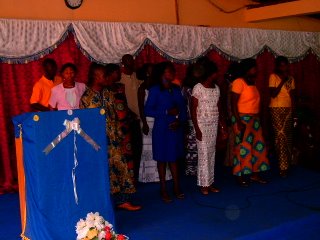 This one is the youth choir. 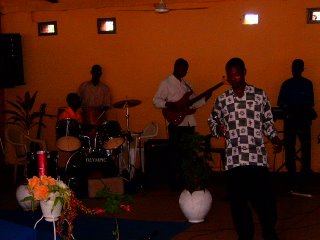 This is the church musicians. 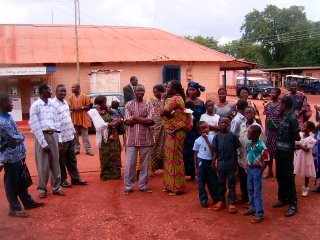 This is Winning Life Chapel outside of the prison. 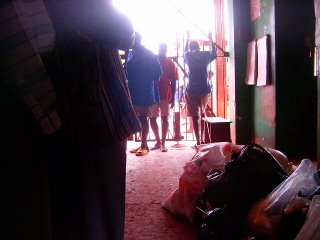 These are some of the supplies that the church brought over there. 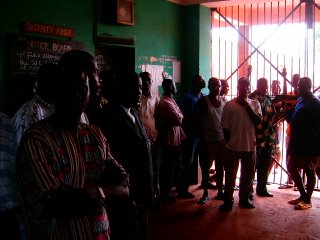 In front of the bars are the prisoner leaders, the left side is the church members (it's hard to see where one group begins and the other ends) 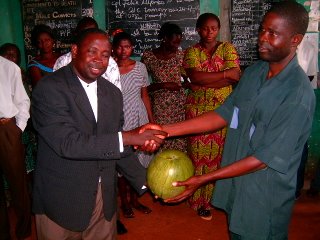 This here is the Pastor giving a melon to the head guard of the jail, who was accepting it on behalf of the prisoners.
Posted by Chrispy at 4:09 AM

A melon? Help me understand....